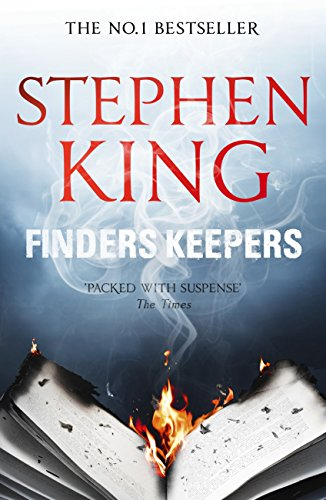 Morris Bellamy is a reader so obsessed by America's iconic author John Rothstein that he is prepared to kill for a trove of notebooks containing at least one more unpublished novel.

Pete Saubers, a boy whose father was brutally injured by a stolen Mercedes, discovers a buried trunk containing cash and Rothstein's notebooks.

After thirty-five years in prison, Morris is up for parole. And he's hell-bent on recovering his treasure.

Now it's up to retired detective Bill Hodges - running an investigative company called 'Finders Keepers' - to rescue Pete from an ever-more deranged and vengeful Morris...

Not since Misery has King written with such visceral power about a reader with such a dangerous obsession. Finders Keepers is spectacular suspense, and it is King writing about how literature shapes a life for good, for bad, for ever.
PublicarTwittearCompartir Share with WhatsApp Share with Messenger
Actualizaciones de la comunidad
Entretenimiento y tiempo libreLibros y revistasLibrosEbooks
Publicar comentario