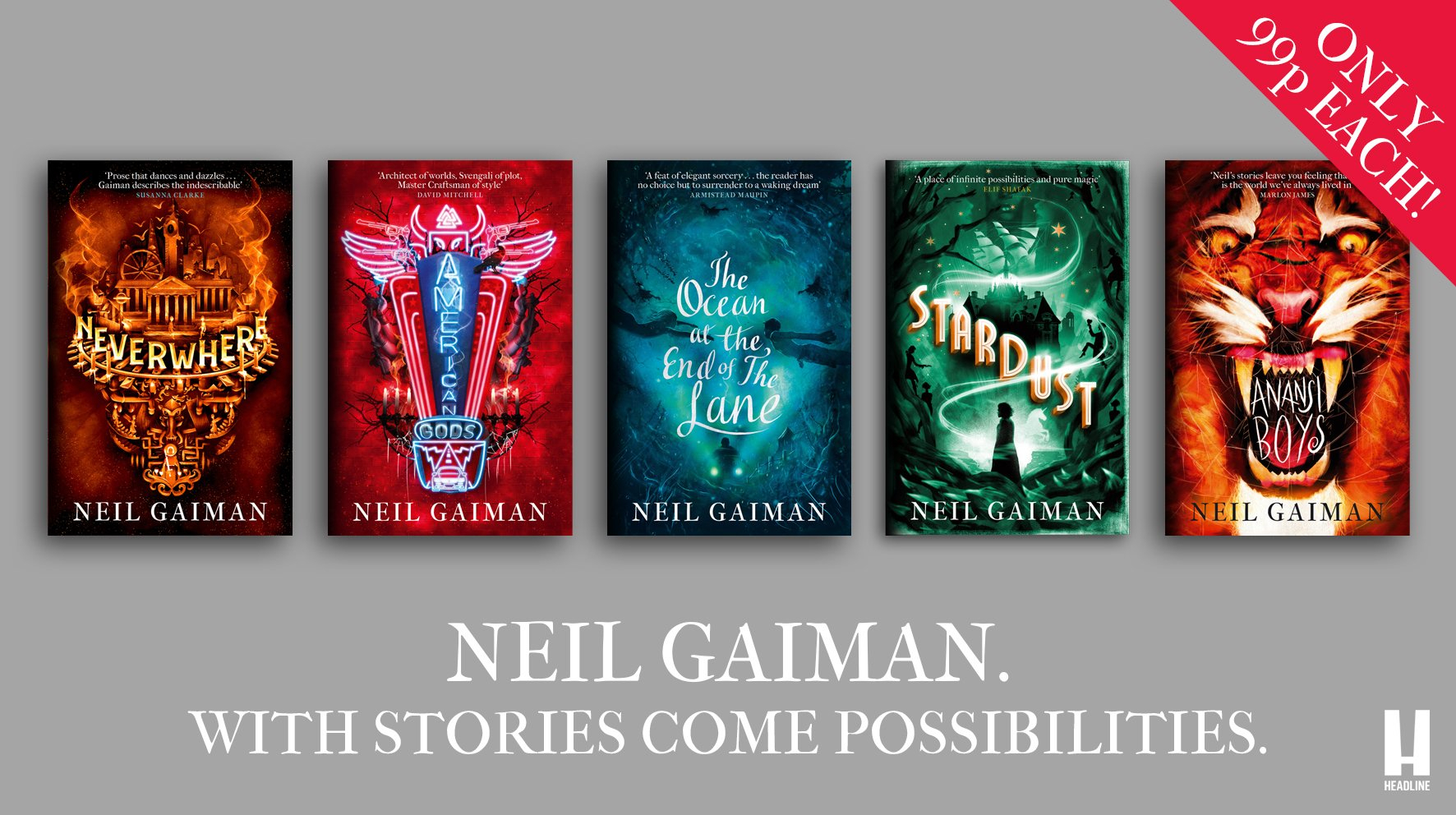 At the dawn of the Victorian era, life moves leisurely in the sleepy village of Wall.

Young Tristran Thorn has lost his heart to the beautiful Victoria Forester and, to win her love, vows to bring her a star they see fall from the night sky.

It is an oath that sends him over the town's ancient wall and into the mysterious land of Faerie - a world that is dangerous and strange beyond imagining . . .
————————-

After three years in prison, Shadow Moon is free to go home. But hours before his release, his beloved wife is killed in a freak accident. Numbly, he boards a plane where he meets an enigmatic stranger who seems to know Shadow and claims to be an ancient god - and king of America.

Together they embark on a profoundly strange road trip across the USA, encountering a kaleidoscopic cast of characters along the way. But all around them a storm of unnatural proportions is gathering.

War is coming, an epic struggle for the very soul of America. And Shadow is standing squarely in its path.
——————————

THE OCEAN AT THE END OF THE LANE: amazon.com.mx/Oce…1-6

This is what he remembers, as he sits by the ocean at the end of the lane:

A dead man on the back seat of the car, and warm milk at the farmhouse.
An ancient little girl, and an old woman who saw the moon being made.
A beautiful housekeeper with a monstrous smile.
And dark forces woken that were best left undisturbed.

They are memories hard to believe, waiting at the edges of things. The recollections of a man who thought he was lost but is now, perhaps, remembering a time when he was saved . . .
———————

Under the streets of London lies a world most people could never dream of.

When Richard Mayhew stops to help a girl he finds bleeding in the street, his unremarkable life changes in an instant.

This act of kindness leads him to a place filled with murderers and angels, pale girls in black velvet, a Beast in a labyrinth and an Earl who holds Court in a tube train. It is strangely familiar yet utterly bizarre.

Here is London Below, the city of people who have fallen between the cracks. And for Richard Mayhew, it's just the beginning.
————————

Everything changes for Fat Charlie Nancy, the South London boy so called by his father, the day his dad drops dead while doing karaoke.

Charlie didn't know his estranged father was a god - Anansi the trickster, master of mischief and social disorder. He never knew he had a brother either.

Now brother Spider is on his doorstep, about to make life more interesting . . . and a lot more dangerous. It's a meeting that will take Fat Charlie from his London home to Florida, the Caribbean, and the very beginning of the world itself. Or the end of the world, depending on which way you're looking.
PublicarTwittearCompartir Share with WhatsApp Share with Messenger
Actualizaciones de la comunidad
Entretenimiento y tiempo libreLibros y revistasLibrosEbooks
Mejores comentarios
5 Comentarios
Publicar comentario